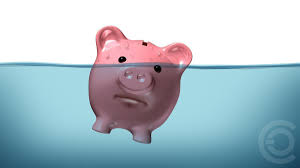 The relationship between debt and bankruptcy is too old story. An overexertnsion of the former through bad management, poor judgement, fraud, or merely the impact of deleterious external event frequently leads to the later. For a corporation, accumulation of debts may involve a wide assortment of creditors from lending banks, suppliers, customers, who have prepaid for goos or services, investors with money at risk, or employees whose pensions funds or accumulated benefits might at stake.

The legal framework for insolvency resolution in India underwent a structural change when the Insolvency and Bankruptcy Code (IBC) was passed by Parliament in May 2016. The law empowers the National Company Law Tribunal (NCLT) as the adjudicating authority, which does not intervene in the resolution process, but merely adjudges the fairness of the process and compliance with the law governing corporate insolvencies.

The IBC can only be triggered by petitioning the NCLT. This petition is referred to as an insolvency petition. When an insolvency petition is filed, the law defines that the role of the NCLT is to identify whether the debtor has committed a default in repayment of an undisputed debt to the petitioning creditor. If the NCLT finds that the debtor has defaulted to the creditor; and has not disputed the claim of default by the creditor beforehand, the NCLT must allow the petition to go through, else it must dismiss the petition.

In the case of debtors, the burden of default fall into the laps of commercial or national banks. Should the default occurs, the price is ultimately paid by  the taxpayers, whose banks would absorb not only their losses, but in all probability, the losses of its banks. For the lenders, the issue lingers in a dangerous and misunderstood twlight of depositors confidence. Should perceptions of any single bank’s fragility get out of hand because of overextended loans to borrowers, the vast interlocking network of financial institutions could face an unbridgeable liquidity crises. To overcome this situation, they extend more loan to the borrower with a hope to recover the loan when company come-out from the financial crises. A go go attitude by many banks has been a vital part of the problem

While starting a business is very difficult and takes many years to reach an adequate size, acquiring an existing company/business allows for rapid entry into a market. Acquisition of a business is acquiring of a sufficient ownership interest to control the operations of the company and the major decisions concerning its future. Investment in a business offers ownership in but not control of a company.

A major benefit of the existing business is that it is producing income. May be not in too much but still it is there. It has not just projection of future customer but has an established customer base. It has a network of regular suppliers that helps the company produce the product that brings the income. The other advantage is that before purchase the troubled company, the problem is known upon which the buyer can concentrate their efforts in the context of an existing operational framework.

Acquisition of a company under bankruptcy protection offer certain additional forms of leveraging. Buying of a troubbled company at the heavy discount is available through the NCLT (bankruptcy) court. Further acquring a competitor’s company by the prospective buyer is a chance to add to existing production capacity, and/or replace dottering machinery. Customer list and trade secrate would be available too. It allows the buyer not only to benefit indirectly from the fact that there is one less competitor out there, but also to benefit directly through the acquisition of its assets. It is an invitation to instant expansion.

As government informed the Rajya Sabha in March – 2018 a total of 9,073 cases are under consideration in the NCLT, including 1,630 cases of merger and amalgamation, 2,511 cases of insolvency, and 4,932 cases under other sections of the Companies Act”.

With huge number of cases being registered, it seems that the NCLT court are becoming, more or less, a primary market for companies and business assets for sale. With the huge debt burden and default in payment, many companies by its own decision or by lenders decision, are applying for bankruptcy in NCLT and the huge amount of business assets are being made available for sale.